The one carried out between 2010 and 2012 was the most important restoration ever carried out on the Church of Santa Maria dell’ Ammiraglio, called the Martorana in Palermo.

Built in 1143 at the behest of Giorgio Di Antiochia, admiral following Roger II, the church is a splendid example of Norman Arabic architecture with a central-plan church decorated with a cosmatesque floor and motif and vaults decorated with tiny mosaic tiles depicting saints and biblical scenes and a bell tower decorated with lava stone inlays. Over the centuries the church has undergone changes and extensions, which include the choir, frescoes, baroque façade and apse with the chapel.
The restoration has involved both the church and the bell tower, inside and outside, focusing both on the static reinforcement of the masonry and the vault of the choir, and on the preservation of the rich decorative apparatus, from the eighteenth-century frescoes by Oliviero Sozzi and Guglielmo Borremans, to mosaics in polychrome stones and glazes in vitreous paste, to mixed marbles and marble mixers of the altar, and on the interior and exterior.
Particular attention has been paid to every single element that makes up this marvellous architecture and the integrations made have been evaluated on a case-by-case basis in order to help the reading, often, as in the case of mosaics with non consubstantial elements, in order to make the tiles replaced by the original ones recognizable. 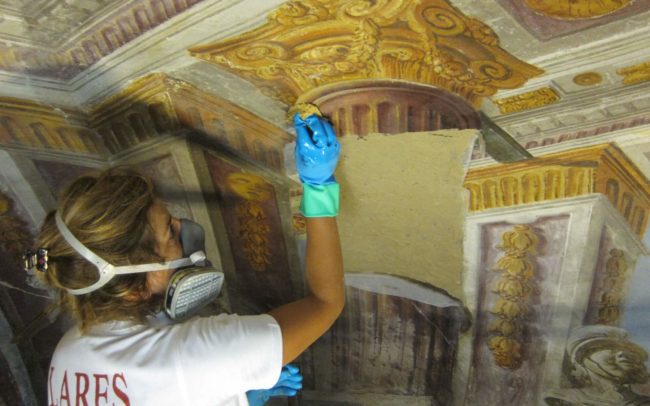 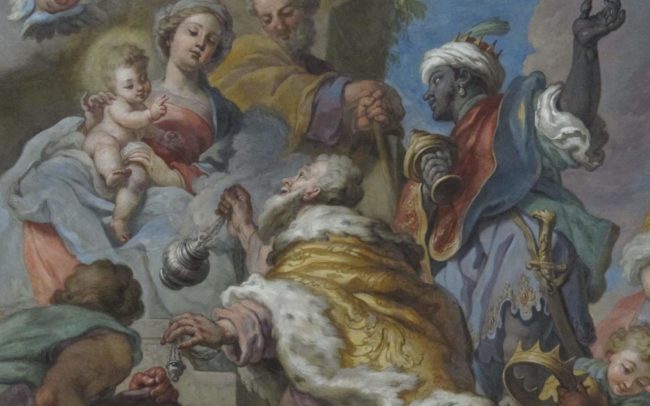 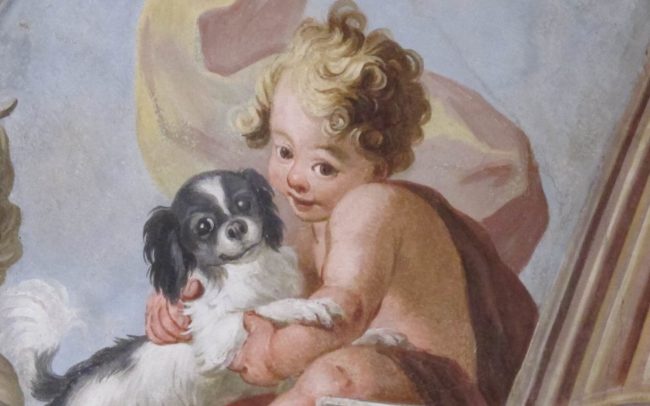 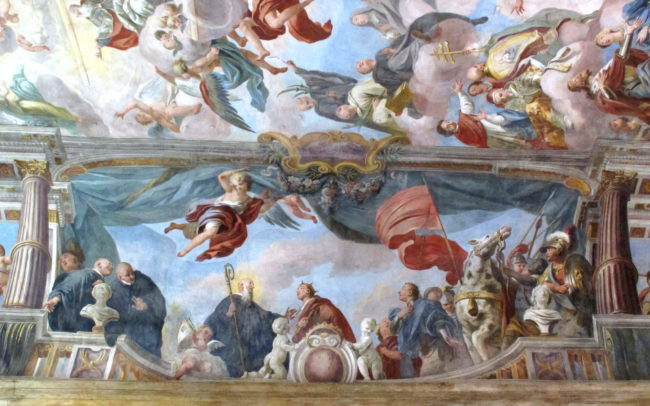 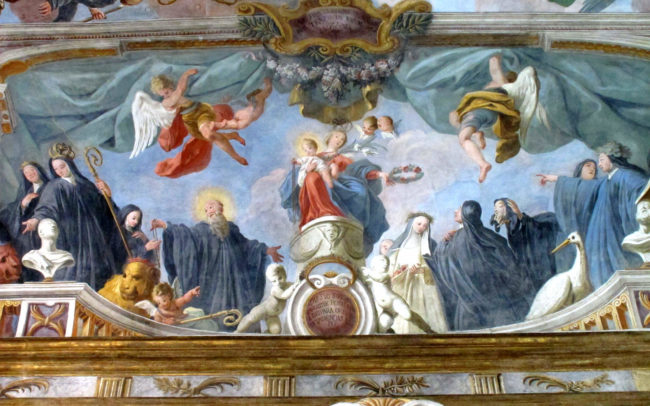 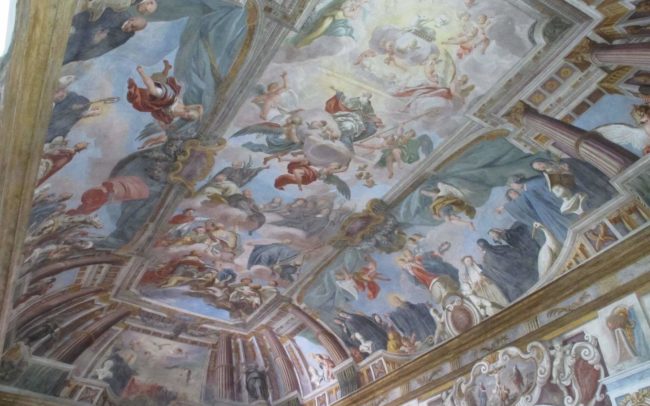 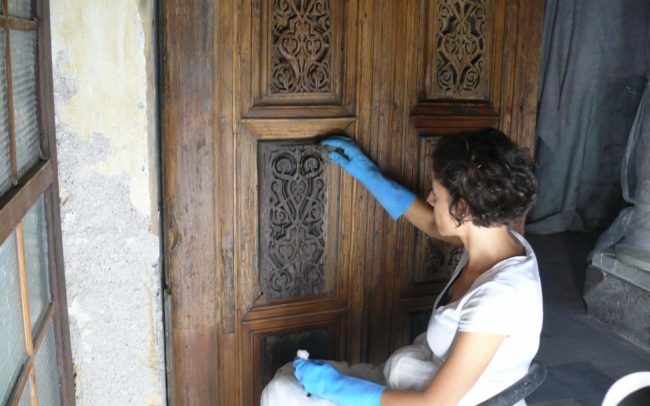 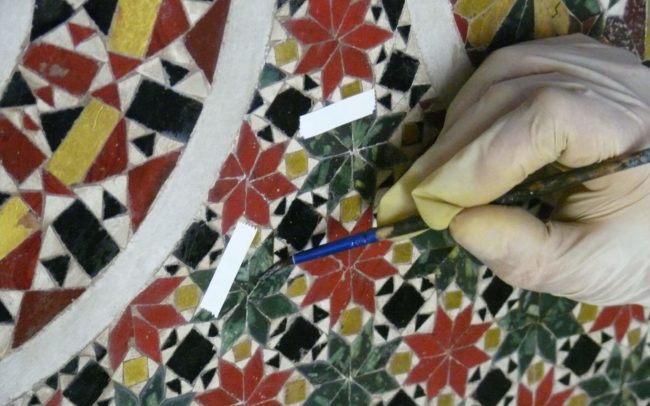 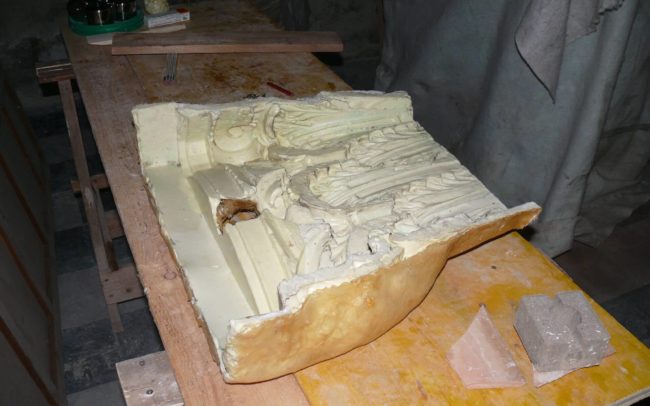 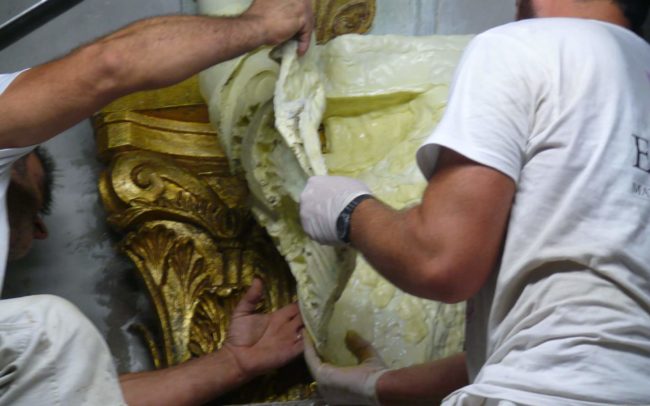 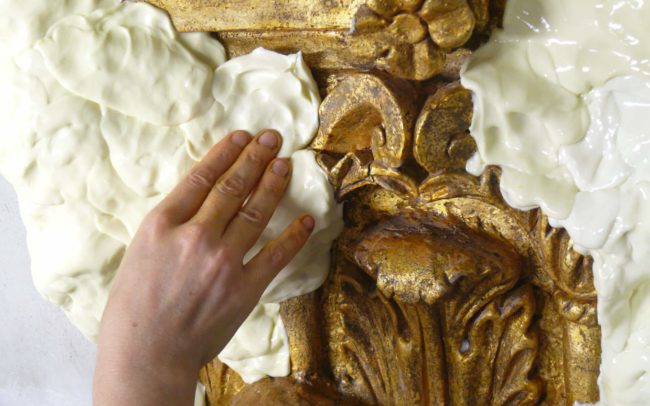 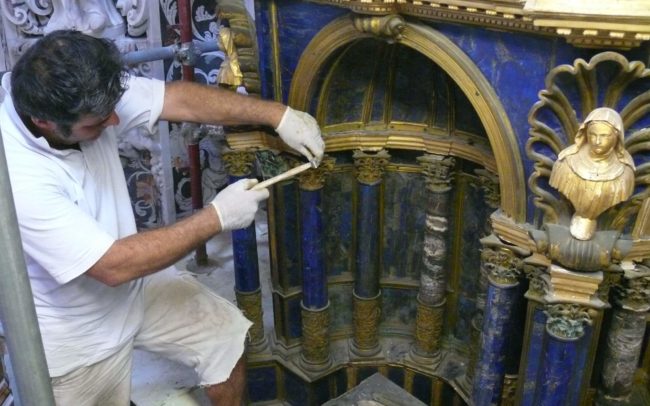