The interventions carried out between 2011 and 2012 within the Duomo di Trento included the stone stone surfaces of the walls, pilasters, stairs, staircases, ribs and transversal and longitudinal arches of the bays II – III – IV – V of the South nave.

The restorations involved dry cleaning and basic surface wrapping, removing incongruous grouting and oxidized metal elements, scalpel removal of limestone incrustations due to leaching of stone over time due to rainwater percolations.
The additions to the plastering were made with traditional mortars based on lime and sand, accompanying the surviving mortars, or with different sublevels, respecting the criterion of not flattening the entire stone facade.
For deep fillings (including the closure of the pontaie holes), filling was carried out with stone flakes of a similar type to that of the facing bound with lime-based mortars similar to those used for grouting, the surface finish was deliberately kept rough. 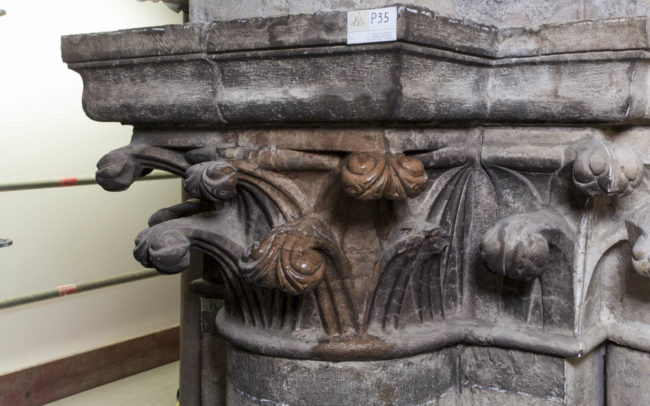 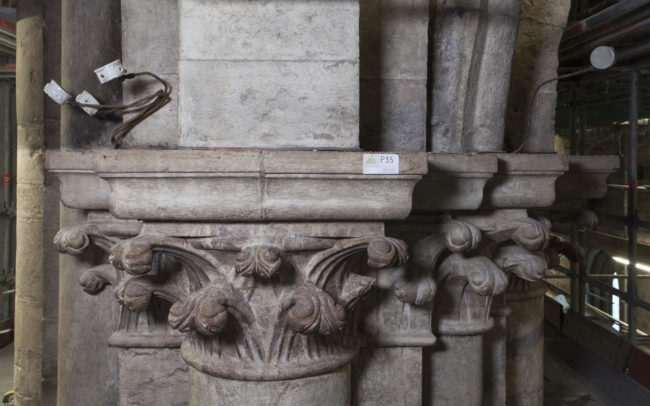 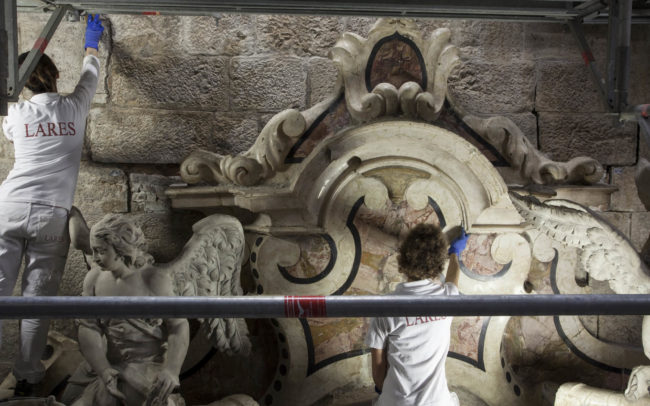 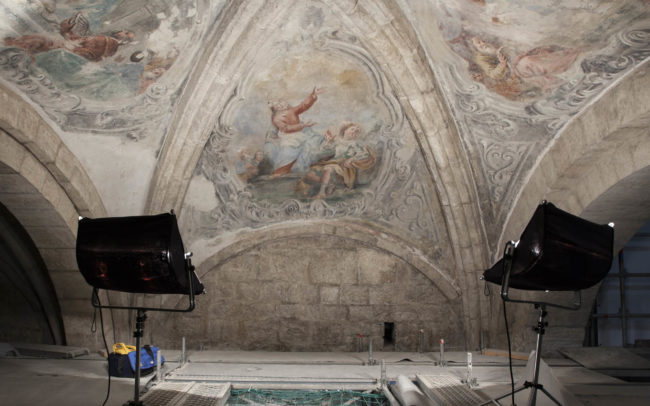 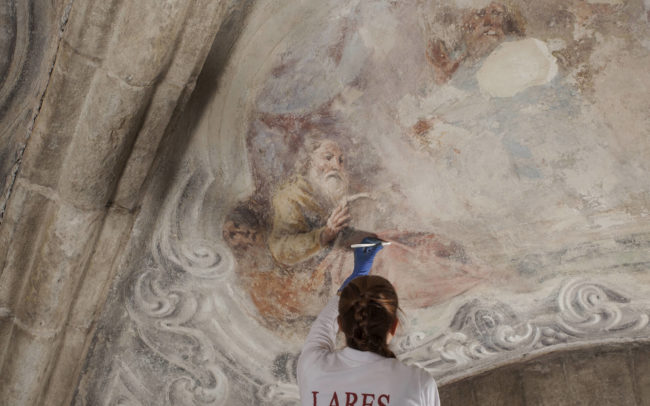 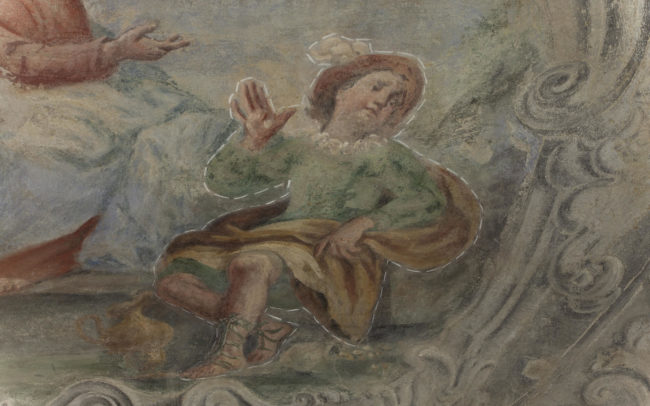 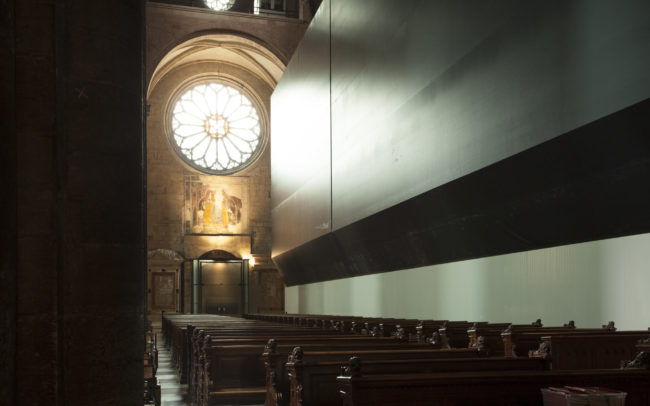 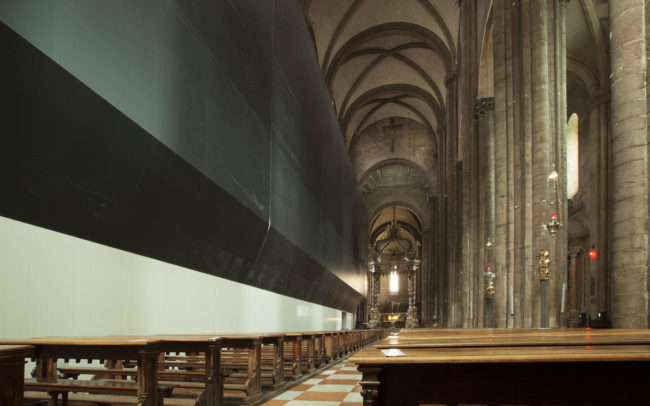 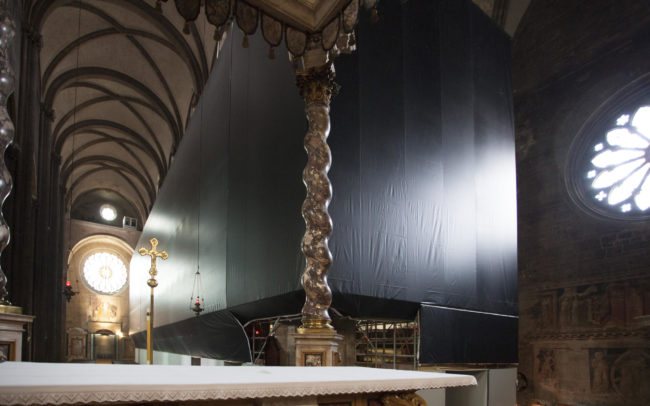 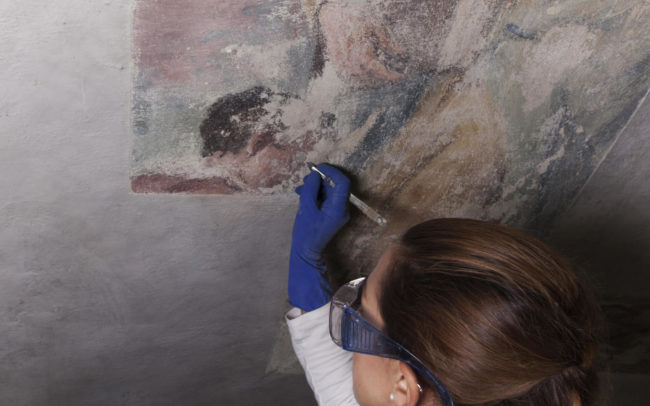 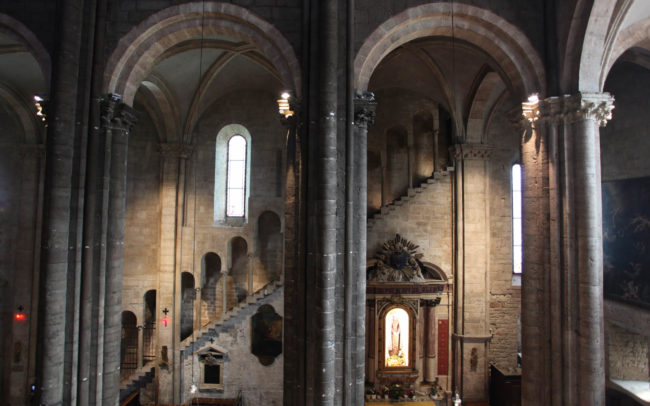 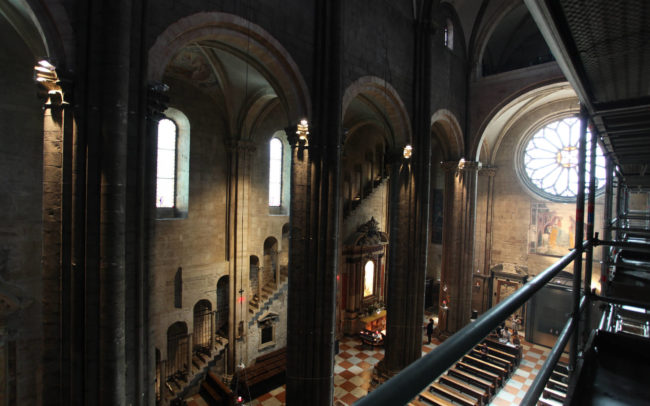 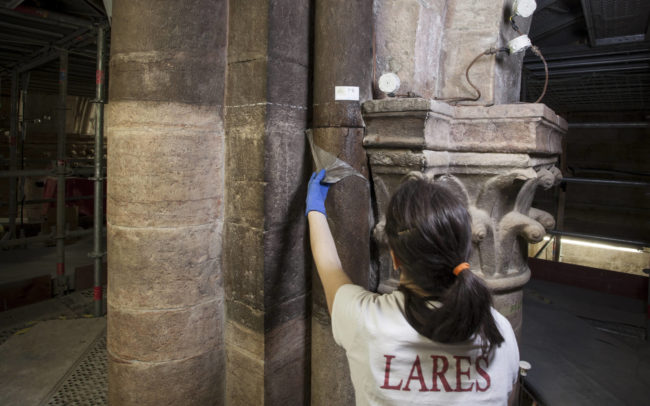 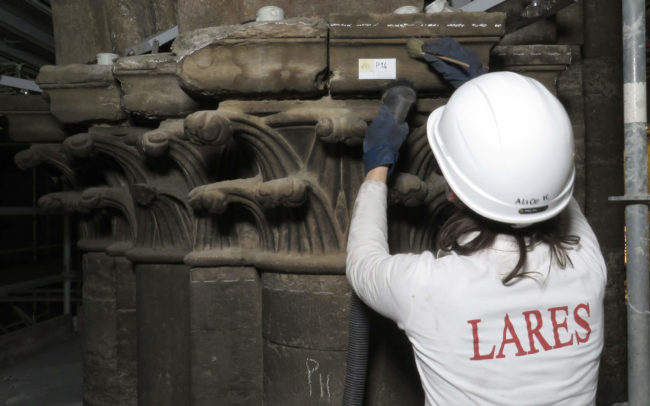 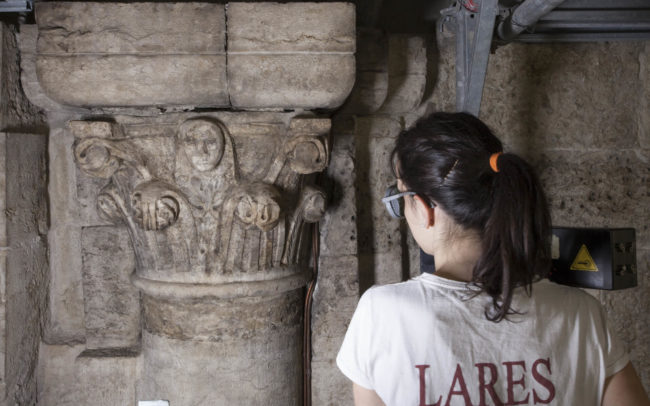 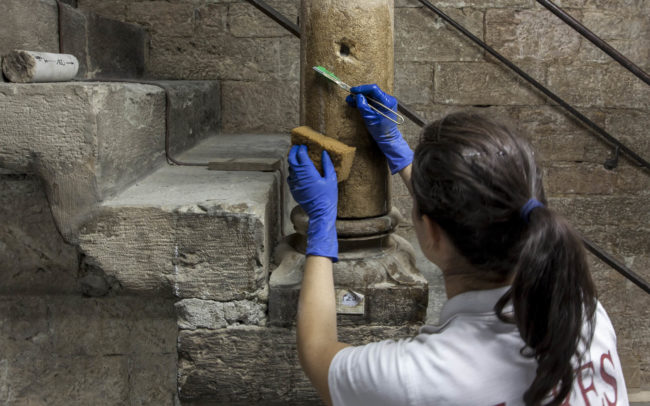 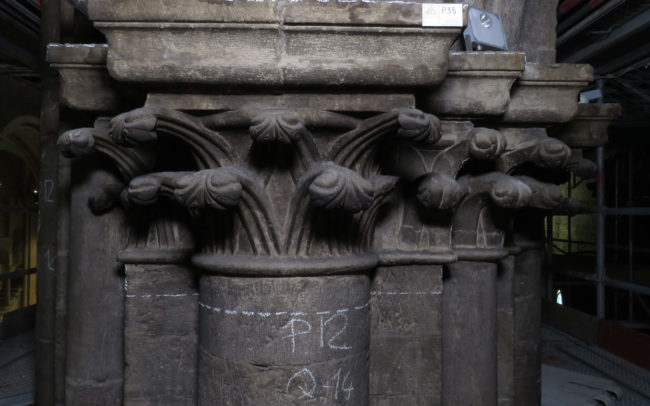 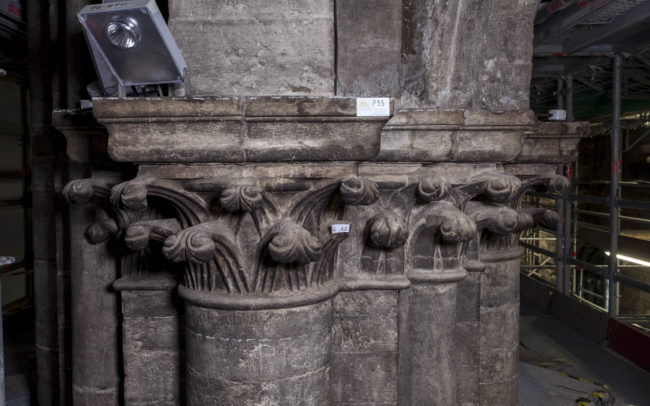 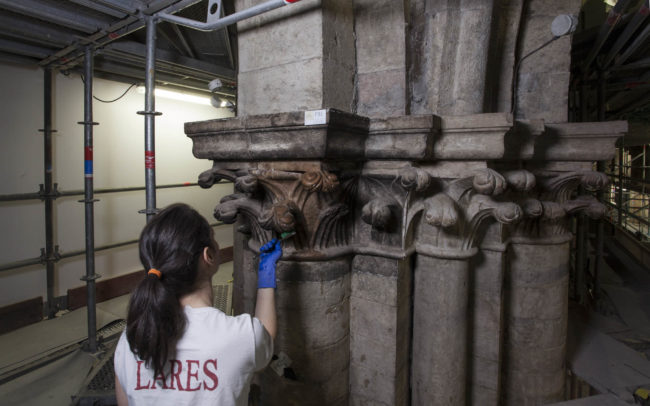