ARCH OF THE GAVI

The monumental Roman architecture, built in the first half of the first century, was commissioned by Gens Gavia di Verona to the architect Vitruvio Cerdone, whose signature, unusual event, can be read in two inscriptions on the monument.

The Arch was erected in Verona along the important Via Postumia that connected Genoa to the Adriatic Sea and not far from the city walls, a prestigious location that justified the celebratory character of the work. A marble slab on the pavement identifies the original position in front of Castelvecchio.
Over the centuries the monument has undergone various modifications: was incorporated into the city walls in the municipal period, in the sixteenth century it was then leaning against small civil buildings since it was at a lower altitude than the road level, then during the Napoleonic occupation it was dismantled and the blocks of stone that made it up were placed inside the arches of the Arena, where they remained for more than a hundred years, until 1932, when it was rebuilt in a position.
The monument before our intervention was disfigured by numerous vandalism, organic patinas and rust castings, and many fragments were being detached.
The restoration has allowed the monument to be recovered in its entirety, even cleaning it from the vandalism that disfigured it, so much so as to suggest the installation of adequate lighting and protective gates to prevent an otherwise rapid deterioration.

In the same area in which the Gavi arch was reconstructed, a precious mosaic of Roman times was found, which we detached, restored in the laboratory and reassembled on special panels for the museum. Today you can admire it at the Castelvecchio Museum in Verona. 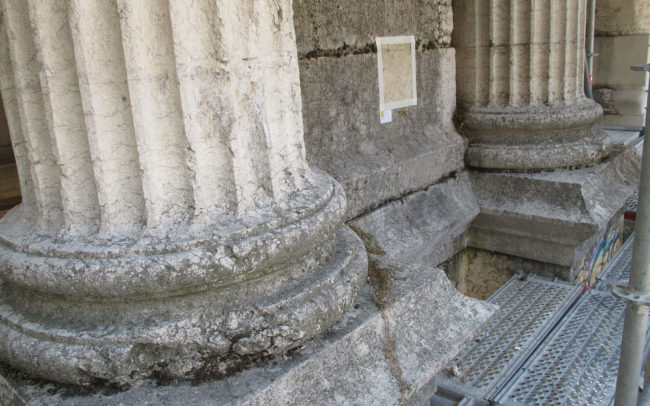 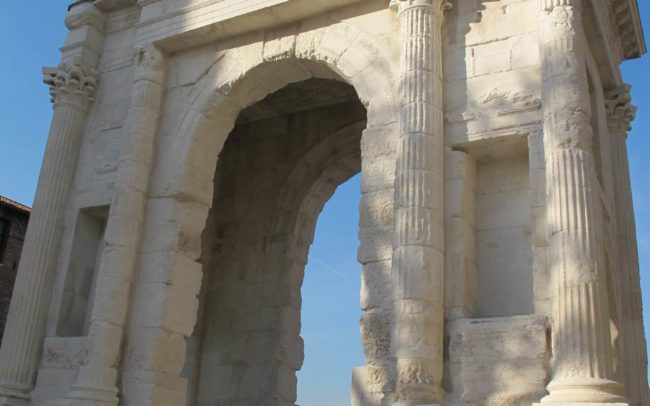 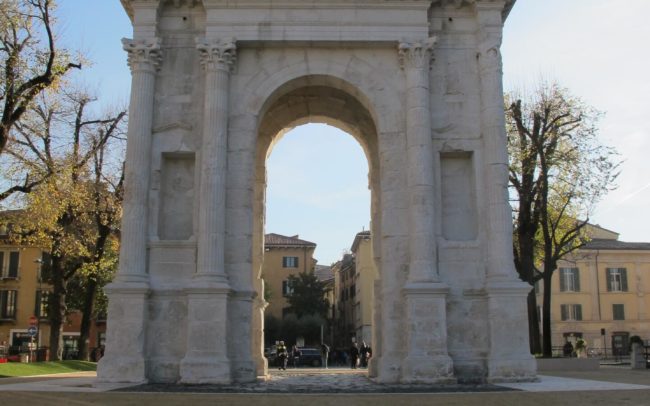 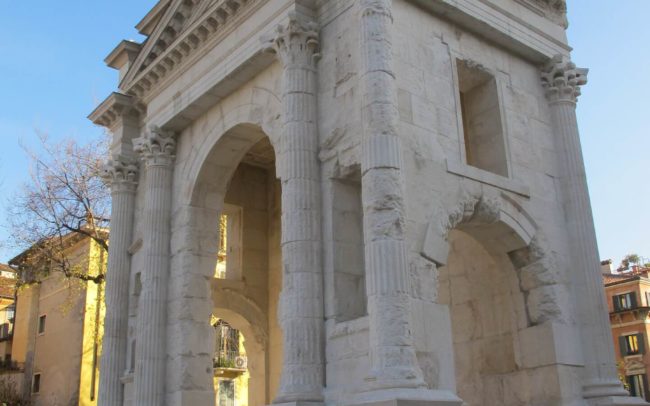 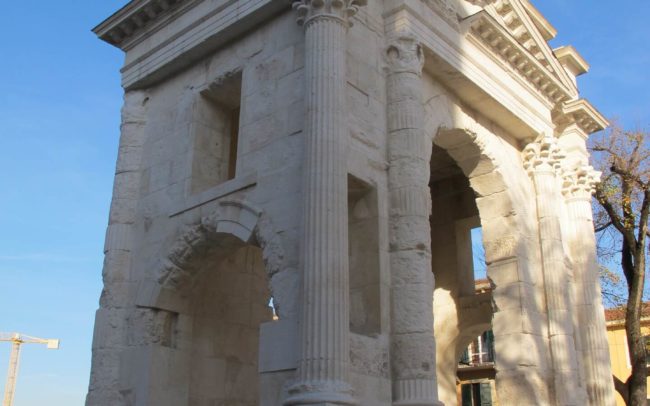 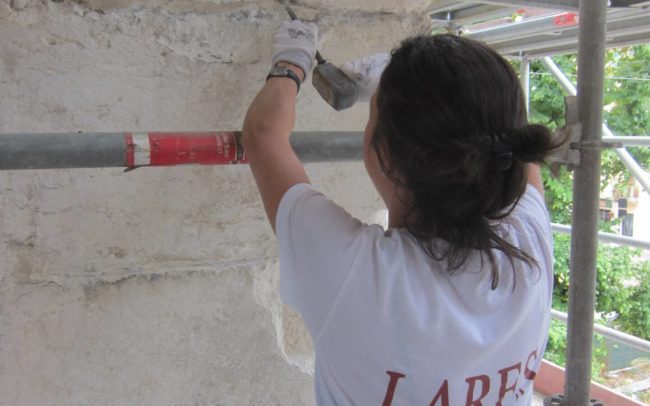 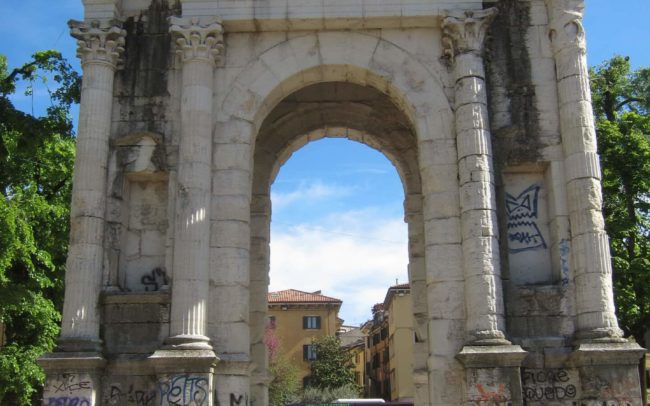 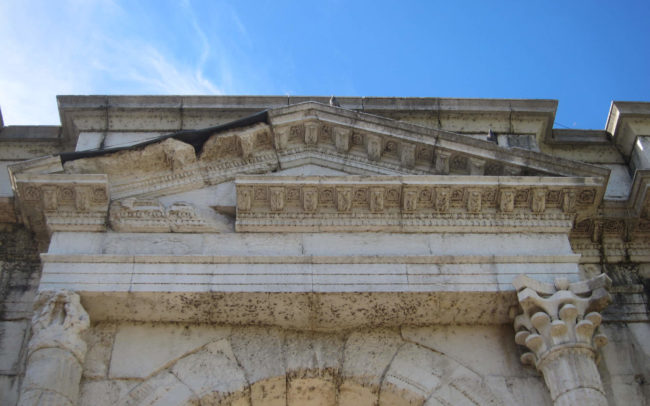 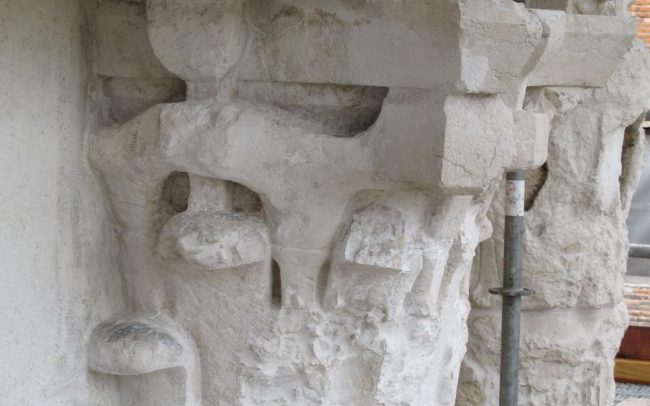 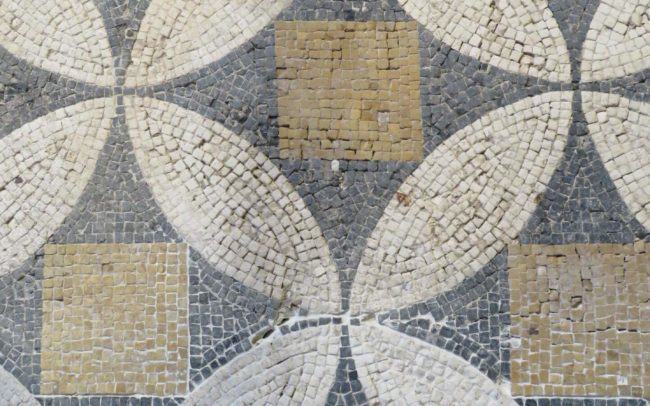 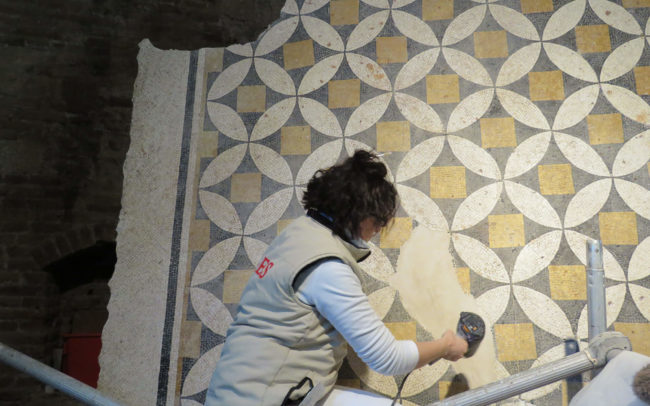 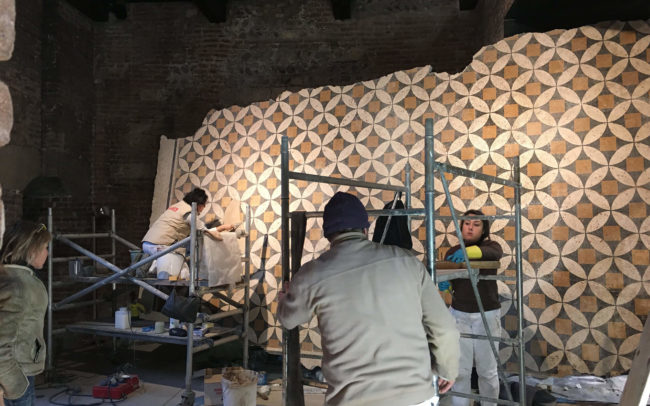 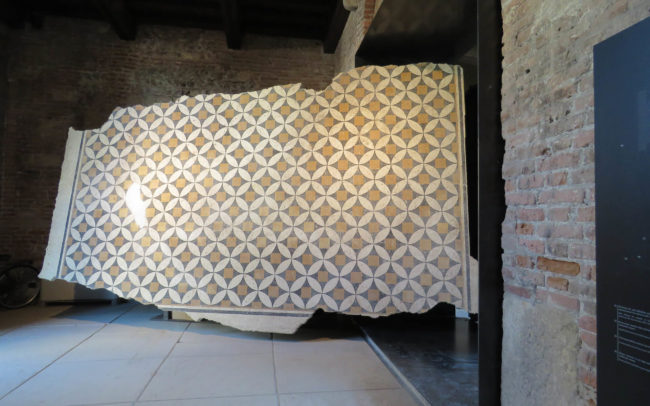 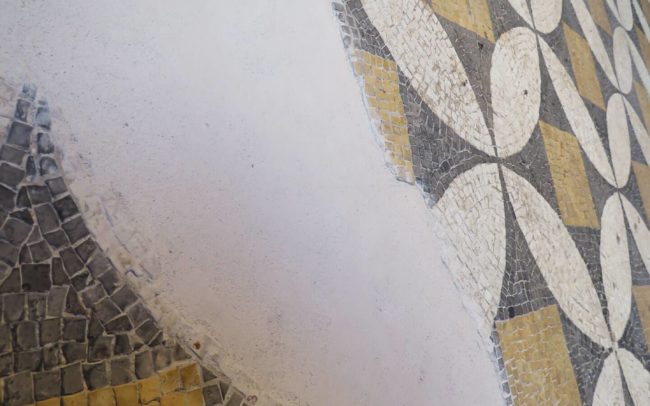 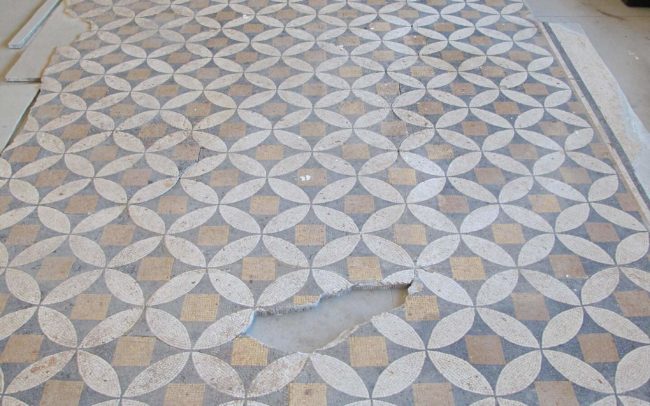 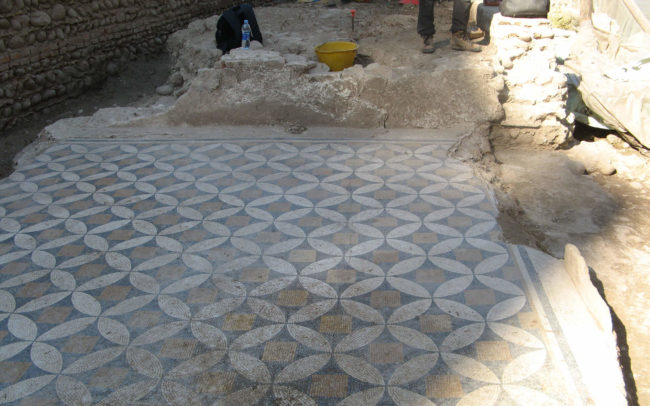 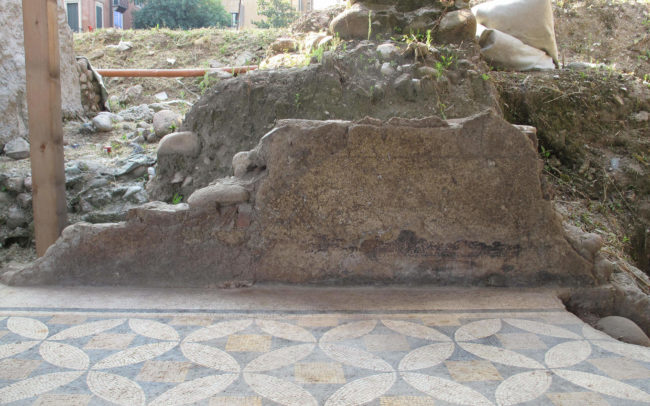 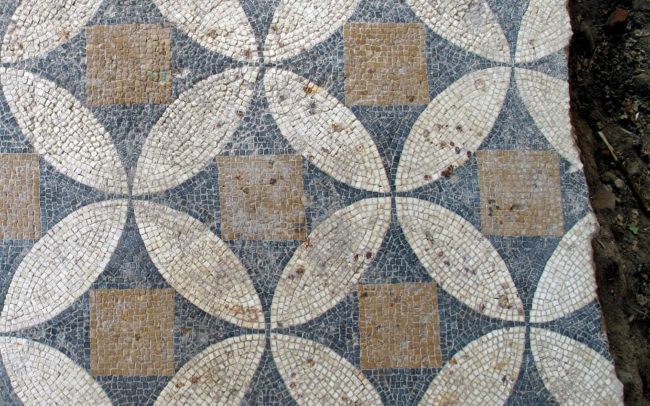 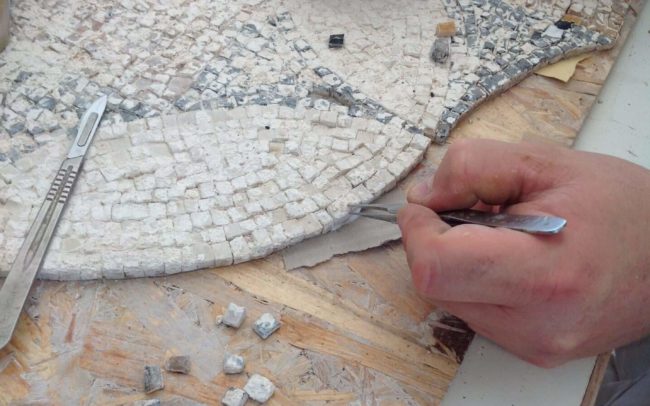 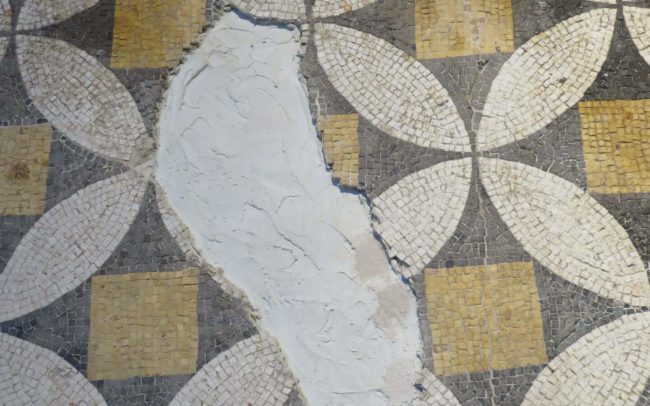 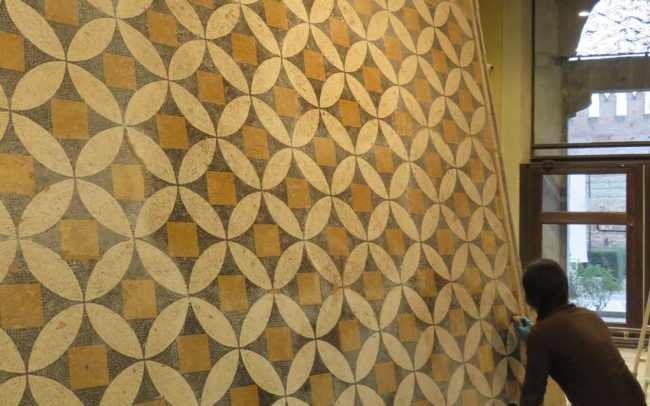 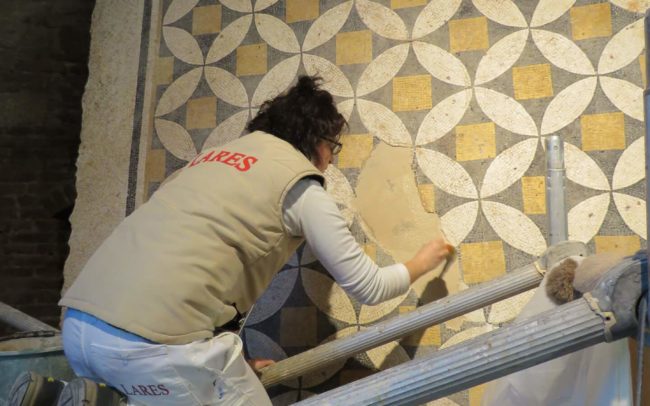 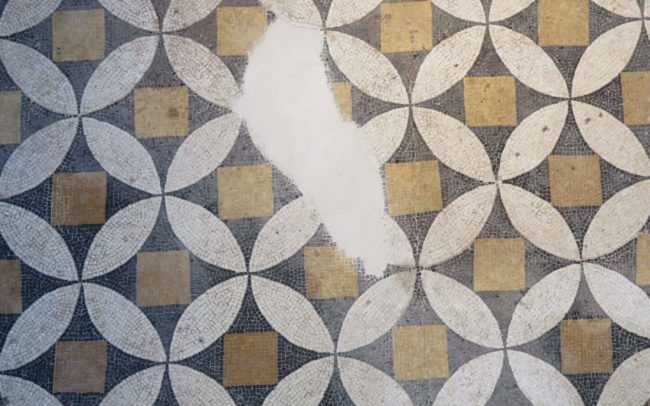